Who Are The Western Orthodox? 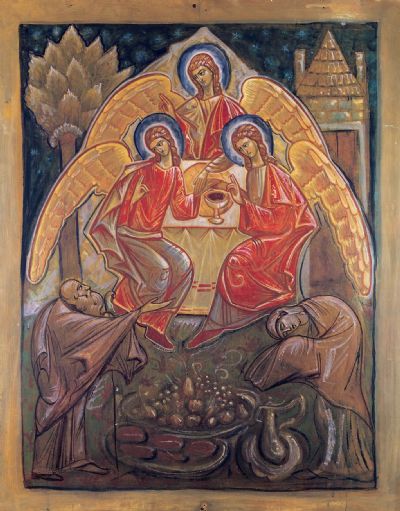 In order to proclaim the Good News of the risen Christ, to teach and baptise in the Name of the Holy Trinity, to “persevere in the apostles’ teaching and fellowship, in the breaking of bread and the prayers” (Acts 2:42), in our small way we take part in the life of the Orthodox Church in the West.

We claim as our own the spiritual legacy of the first-millennium Church of the West, which was one family, one faith with the universal Orthodox-Catholic Church founded by Jesus Christ, the Church whose spiritual and liturgical tradition would have been close to the hearts of the first-millennium saints of these islands who worked out their salvation here through this Western Orthodox spirituality: St Melangell, St Hilda, St Patrick, St Etheldreda (Audrey), St David, St Columcille (Columba), St Aidan, St Eanswythe, St Kentigern, St Bede, St Winefride, St Dunstan, and countless others.

We believe that it is fitting and right that people of Western heritage who are seeking the authentic Apostolic Faith should not have to abandon their western spiritual heritage in favour of Greek, Russian, and other forms of prayer.  The western prayers, hymns, liturgies, Gregorian chants, and forms of vesture that have been inherited in some remnant form by Roman Catholics, Anglicans, and others, have their origins in the Orthodox Church and have again found their place there, once more united to and serving as expressions of the fullness of the Apostolic Tradition.

However, being Western Orthodox isn't solely about how we worship God.  We also seek to live our Orthodoxy in a way that is expressive of our culture, rather than importing practices and ways of thinking and operating that developed in other countries and which might not be the best method of restoring the unchanging Faith to the people of 21st-century Britain. 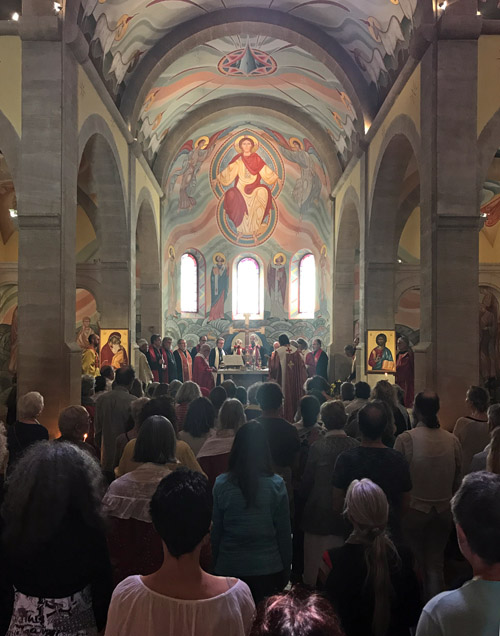 We confess the primitive Faith of the Holy and Ecumenical Councils of the Church.  We also affirm the Councils of Constantinople of 1341 and 1351 which confirm the teaching of Saint Gregory Palamas on the Divine Light and the Uncreated Energies, as well as the whole doctrine and practice of Hesychasm.

While we accept the true theology of these holy councils, we reject all the unjust condemnations of people and legitimate Orthodox practices which may have been pronounced in the fiery heat of human passions.  We state that there are no fundamental differences of faith between the Orthodox Churches in spite of the misunderstanding of the Council of Chalcedon.  For us, the unity of the Orthodox Church is defined not by the ever-changing political relationships between jurisdictions vying for power and territory, but rather by her common faith and sacramental life in the Saviour, Jesus Christ. Thus we are, in effect, in communion with all of the Orthodox Churches.

Following the example of the Undivided Church, our faith does not primarily mean adhering intellectually to truths to be believed, but experiencing the mysteries which the Church confesses.  At the heart of everything and above all there is Someone: the active Presence of the paschal Christ, dead and risen, Who gives life, energises, and gives meaning to every aspect of our daily lives.  This means clearly affirming the spiritual Way of transformation of the whole human person: body, soul, and spirit.

We recognise our own position in this powerful assertion by Father Alexander Schmemann:

'The first Christians did not provide any programme, any theory, but wherever they went the seed of the Kingdom germinated, the flame started to burn, their whole being was a living torch of praise for the risen Christ; He and He alone was the sole happiness of their life, and the Church had no other aim than to make present in the world and in history the Joy of the Risen Christ, in whom all things have their beginning and their end. Without proclaiming this Joy, Christianity is incomprehensible!'

We wish to be the witnesses to this reality at the heart of human distress in a world searching for God, going as far as loving our enemies according to Christ’s commandment.

In conclusion, we make our own the declaration by Metropolitan Kallistos of Diokleia:

'Neither an Ecumenical Council, nor the Patriarchate of Constantinople or of Moscow, nor any other Mother Church can create a new local Church.  The most that they can do is to recognise such a Church.  But the act of creation must be carried out in situ, locally, by the living Eucharistic cells which are called to gradually make up the body of a new local Church.'

This is even more so since it is not a new local Church which is being created here, but the restoration of an ancient local Church, faithful to the spirit of the Undivided Church: poor, mystical and Orthodox. 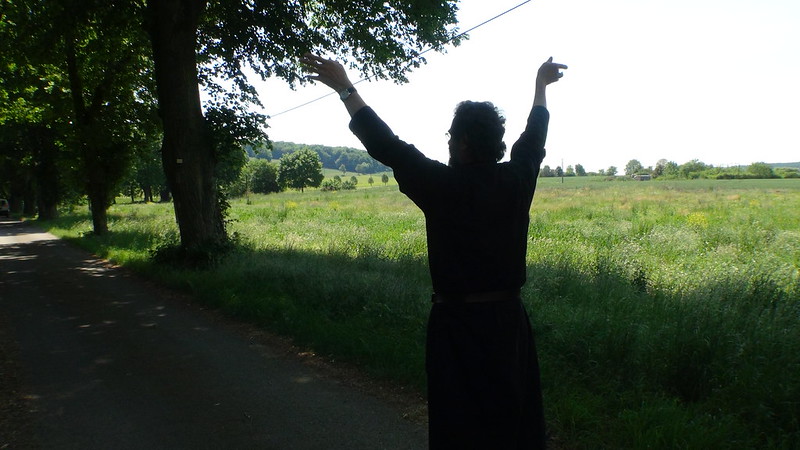