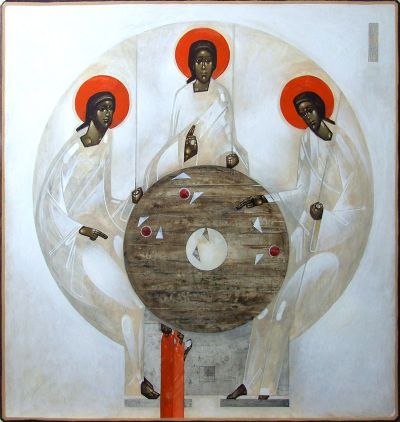 It has at various times been a cause for rejoicing, an inspiration to love, and a life of joyful sacrifice.  It has enabled the humble poor to lead millions to salvation and lowered mighty rulers from their worldly power.  It proclaims to the peoples of the world the news of the God Who is shrouded in mystery, and it is something to which its adherents have clung so dearly that they have often endured persecution, torture, and even death.

So what exactly is the Orthodox Christian Faith?

Well, first and foremost, it is a way of life in Jesus Christ.  It is something that can only truly be grasped through the experience of living it.  Yet each of us has to begin somewhere, and if you have come as far as this page, we hope that these resources, which have been hand-picked by us, will give you some glimpse into the life that the first Christians called simply "The Way", for to them, there was no other.