The summit of the Christian life is the participation in the Divine Mysteries of the Body and Blood of the Saviour.  The whole of God's saving work for humankind and all of Creation is made present at the celebration of the Holy Eucharist, both things in the past and things to come, and we receive Christ and his grace into our very bodies as we receive his true resurrected and glorified Body and Blood under the appearances of bread and wine, as a foretaste of the banquet of the Kingdom. 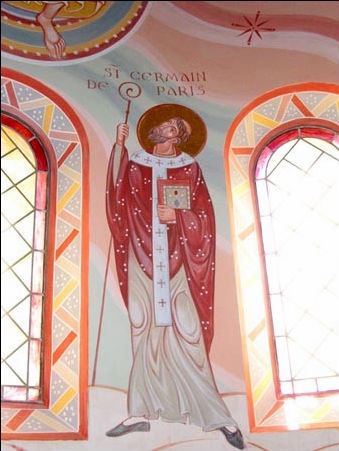 The primary eucharistic rite used in our jurisdiction is called the Divine Liturgy according to Saint Germanus.  St Germanus of Paris was a prominent bishop and liturgist of the Church of Gaul during the sixth century, whose detailed descriptions of the worship of his day were pivotal in restoring this form of worship for use in our own time.

The Gallican Rite had its roots in the growth of the Church of Gaul during the third and fourth centuries, deriving its markedly eastern character from the many settlers from Greece and Asia Minor moving into southern Gaul at the time.  The rite continued to develop through the Merovingian period of French history, and Saint Germanus appears to have been the foremost influence in this process.

After the reforms imposed by Charlemagne in the ninth century, the Gallican Rite was suppressed by papal authority in favour of the rite then celebrated at the papal court in Rome, although elements of it persisted for hundreds of years, particularly at Saint-Denis.

The restoration of the Gallican Mass for liturgical celebration by the Orthodox Christians in modern times is indeed fitting and represents its spirit and mission in the re-establishment of the Orthodox practice which existed in the western church prior to the Great Schism.

During its period of restoration this rite has been blessed for use in various Orthodox jurisdictions.  Today it is used in certain parishes of the Serbian and Romanian Orthodox churches, and the Russian Orthodox Church Outside of Russia, in addition to being the primary form of the Mass used in the Orthodox-Catholic Church of France, the French Orthodox Church, and our own Orthodox Church of the Gauls.

Our use of this rite is intended to provide Orthodox Christians here in the British Isles with the same fullness of liturgical worship which is so dear to our sisters and brothers in the French-speaking world, and part of a living example of a restored Orthodox witness in the western world for the 21st century and into the future.

Our text is a translation from the original French text, which is derived from ancient sources as the labour of love of St John of Saint-Denis (Eugraph Kovalevsky). 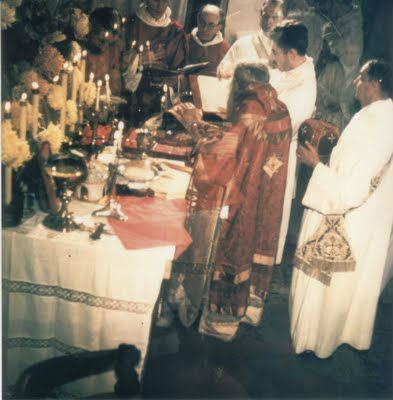